Hard to believe it’s been over a year since I put my house up for sale and left my employer of  a decade in the metro Atlanta area.  It’s actually more in the range of a year and a month, I’d literally lost count and thought it was this month.  How time flies!

I expected I’d have done more travelling by now, but the housing market conspired to keep me around until November last year when I finally managed to seal a deal on selling the town house I’d called home for 10 years.  By that point, I was into the holidays so I stayed on through Christmas and then spent a month in Ireland.  I rang in the New Year in Killarney and spent a good deal of time in Galway (where I left a piece of my heart) and Dublin (which really grew on me by the end of my time there).  I even spent 5 nights in Paris before returning to the US to figure out what/where next.

Next turned out to be shopping for a small RV.  I plan to finally see some of the US but I still long to get in some more international before I return to whatever may pass for reality.  I did finally find a small Coachmen camper van to call my own and am working to get it all ship shape.  Here’s the only photo I have of it so far.  More when I finish getting it ready to go. 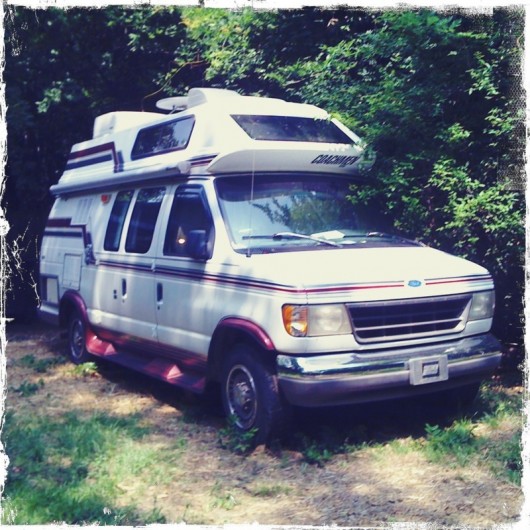 I’ve also been spending more time with my photography.  I’ve been doing a lot of local photos.  In the beginning, it was simply a “because it’s here” thing, but then it evolved into a project to include them in a guide for the historic part of Montezuma, Georgia.  And as the collection of photos had grown so large, it only seemed to make sense that photo book #2 would make use of that small library.  Book #1 is, of course, Egyptian Dreams, my collection from my too brief visit to Egypt.  My Montezuma book is getting close to the proof stage.  I’ll obviously post more when it’s available, but you can see the collection of photos that spawned it here.

I’ve also had a few photos licensed for various projects this year which is always a nice thing!  The most recent was  a mass-market poster for my NYC Flatiron photo.  If you look midway down the page, you should see a Flatiron poster that looks antique.  That’s mine!  So, with some luck, you may see it somewhere posters are sold soon!  So, some exciting things going on.

And so to the question everyone usually has, so far, no regrets.  And I think that’s something to say a year on after leaving the safety and security of a good paying job.  In the end, life is too short to be unhappy and I was.  Despite having the most colds of any winter of my adult life (multiple doctor trips including in Ireland), I don’t remember feeling better in recent years  The biggest surprise, headaches are a rarity instead of common place.  Appears there was a lot more stress to those headaches than I thought.  So, whatever the future holds, yes, on a whole, it was worth it.  And I appreciate having had the freedom and support to make this decision.