You Are Not Your Social Network

Home » Technology » You Are Not Your Social Network
Technology
Share This:

After my last post on G+, I finally managed to piece together more thoughts on the subject and I think the title in this post is where my thoughts last time were going but hadn’t quite come together well enough to put them into a concise statement. So, if you haven’t read that one, you might want to step back and read it first.

I’ve spent a couple of weeks on G+ now and I like it well enough. G+ has the pros of excellent image display and circles are more accesible than Friend Lists on Facebook. And I’m open to using the network to make more connections be they new friends or new eyes on my work. And if enough of my friends make the move at some point it may reach a critical mass where I ignore Facebook like Myspace and Friendster before it.

What’s been interesting to watch is the general reaction to the new kid on the block. The people who have managed to get into the Beta playground are enthusiastic about how much better their experience is on this network than the reigning champ, Facebook. They say that people are generally more engaged with what they are sharing and that they have gained larger followings quicker than on other networks. I think a lot of this is right now owed to a novel experience and a smaller engaged audience. We’ll see in time if it’s the nature of the network or the nature of people.

At the same time it’s also been intriguing how many have commented on G+ offering a much more “open” experience, that they can use circles to share with all or a few thus feeling more open to letting relative strangers into their circle. Is that what the masses want? I’m not so sure about that. After all Facebook, at least when I joined it was by default open. The things you shared were available for all eyes in your network unless you changed it. This was when Facebook was just taking its fledgeling steps from a college students network to where it is today. The general populace that came on board since that transition were a lot more concerned with privacy, so much so that the average Facebook profile you see today has nothing visible to potential friends. So unless the pendulum is about to swing, I’m not convinced this is what everyone is after.

Yet, the most personally disturbing thing I’ve seen though are people patting themselves on the back for being part of a new network, as if they are part of a chosen or more enlightened group. That’s actually the part that leads to the title of this post so, let’s reiterate it, you are not your social network. You are not the clothes you wear, the car you drive, etc. Sure our choices say a little something about us, but one choice is still a very limited statement. We are a collection of emotions, choices, experiences far more vast than a handful of symbols. And they are all open to interpretation through the lens of another. One person’s enlightened is another person’s vapid.

The most egregious example was today reading G+ described as the thinking man’s Facebook. That’s the type of elitism that digs deeply into my craw.  If you enjoy G+? Great! Do you enjoy Facebook? Wonderful! None of the above and you just want to write a letter to your friends? Well, you’re probably not reading this, but awesome! I feel we’d all be happier if we worried a little less about competing and comparing with others and more about what makes us actually happy. If you’ve found your niche on a given network, keep going! I personally like to be open to new experiences, online and in the real world, but new is not by nature better and does not invalidate the choices of others. Your experiences are what you make of them, but happiness is inside you. 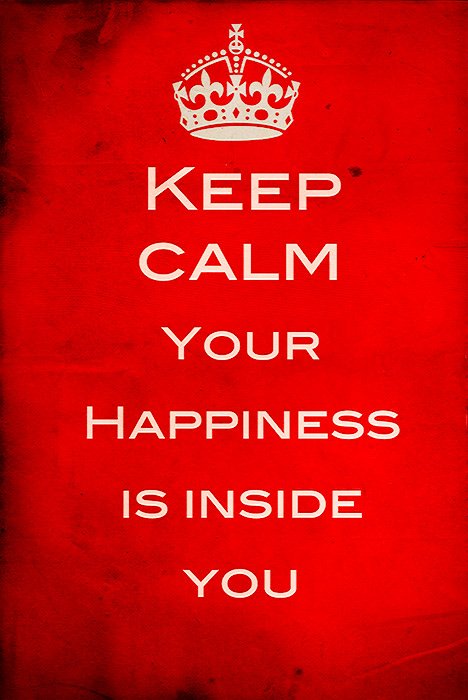