It’s amazing after you’ve lost a loved how much worse some businesses can make the experience. Verizon is one example we’ve encountered in the months since my Dad’s death last December.

It’s already a grinding experience having to call x company and y company and go through the same spiel over and over. When you’ve lost a family member, having to discuss it can be like pouring salt on a still open wound. So I admit we’ve been slow with the calls. When we finally got to Verizon it was painful because my father who had never liked phones loved his smart phone. We left it connected the whole time he was sick simply because it was something he was still interested in despite barely being able to see or operate his phone. I couldn’t bring myself to disconnect it even though it served no utilitarian purpose most of the 9 months after his stroke.

So when we finally sat down to call Verizon, it was decidedly already a sad experience. Made no better by corporate bureaucracy. Both of my parents had phones under the same account in Dad’s name. Mom of course wanted to keep her number but we needed to get her number under an account in her name and finally jettison the expensive data plan that serves her no purpose without a smart phone. And we were promptly informed there was no way to do this except to go to our nearest Verizon store which is essentially a half hour away – a full hour round trip just to get this one item taken care of.

So, we made a special trip the following week. We went through all of this with the folks at the nearest Verizon store. They were nice enough but clearly didn’t know what they were doing because flash forward to the next bill and it has Dad’s name on it. I didn’t think anything about it at the time. I figured that was the last bill in his name as it wasn’t the normal full amount. I figured it was a prorated bill and paid it. Now here we are at the next bill… still in his name… and still with the pointless data plan charges. So I realize that something didn’t get done right and call. 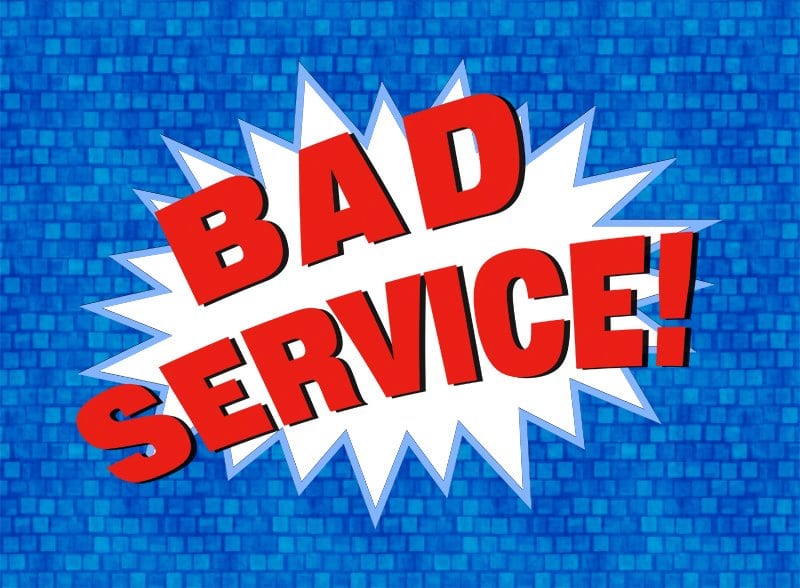 Only to be told… yep, you guessed it, sorry, we can’t handle this over the phone. Seriously?? I can’t fathom how customer service can be so rigid that they tell a customer to twice drive out of their way to an office to handle the same issue? Once was aggravating but I grudgingly accepted it. Twice, to me, is unforgivably bad service. After all, it’s not like the office we visited did anything special. I had my father’s death certificate but no one asked for it. I was told on the phone the issue is they can’t make changes to an account if they can’t talk to the person whose name it’s in. But the people in the office can with nothing but my word he’s no longer with us? This is utterly ridiculous.

To cap off the no service experience, I asked to speak to a supervisor. I was left on hold for around five minutes and then told that the supervisor would call me. I perhaps incorrectly inferred that the call would be shortly after I hung up but close to an hour has passed with no call and at 6pm on a Friday, my hopes for hearing from anyone is low!

Note – Months Later: If you guessed no one ever called back, you’re indeed correct! The only way Verizon would fix this was for us to go again. And yet again, no one needed anything but my word he was dead. So there’s literally no reason this couldn’t be handled on the phone except for an utterly asinine policy designed to be as un-customer-friendly as possible.