I had read grumblings about Southeastern Grocer’s financial problems in the news recently, but was still a little stunned this week to read of the pending Harvey’s closing in our small town of Montezuma, Georgia. They are closing a pile of stores by the end of April as they enter bankruptcy. 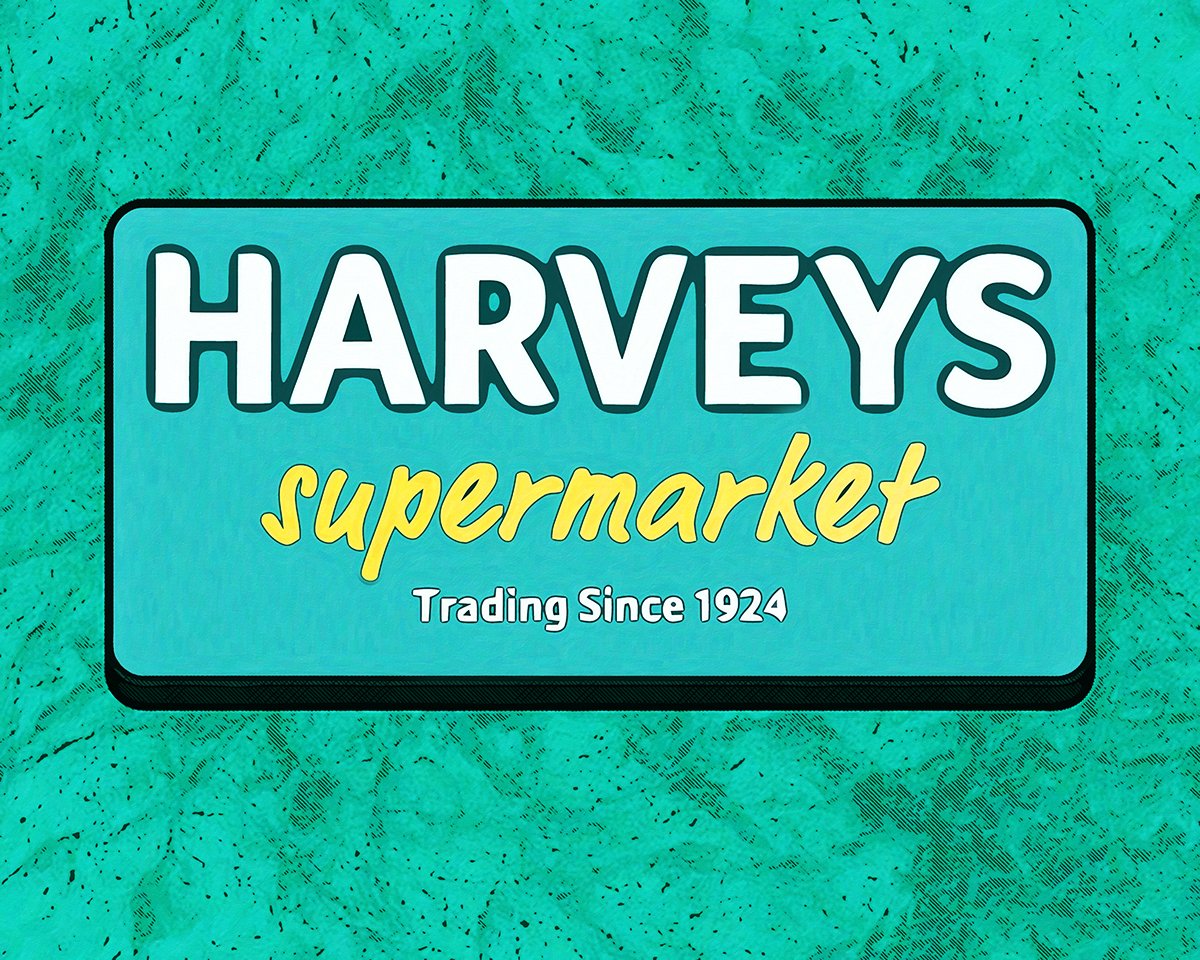 For me, it was sad not just because our local grocery will be vacant but because of the connection to my late father, who many here know worked there for decades.

Some may also remember that he started working for Harvey’s sometime in the early 90’s in the old Perlis Plaza location in Americus, GA. I’m not sure about exact dates without going through piles of his old papers, but it was there he started that chapter of his life. He worked there for a number of years until an opportunity arose closer to home. Again, I’m not sure of exact dates but A&P closed their grocery stores in Georgia circa 1999. A small grocery chain whose name I’ve forgotten opened up shop in the local store and Dad, who was not usually adventurous about changing jobs, took the chance. It meant going from a 20 mile drive to Americus and back each day to a distance he could have walked if he wanted to. So Dad actually left Harvey’s circa 1999.

I wonder how many others are still there who started with him then? I can’t imagine there are many. Flash forward a few years or less and the store was purchased by Harvey’s, so my father ended up working for them once more. At that point, Harvey’s was in its last years as a family owned chain. As in Americus, Dad would mention that the owner of the chain would pop into his stores every so often with only a little warning. Probably relatively hard to imagine these days.

Since then the Harvey family sold their chain and I lost count of the times Dad told me about the store changing hands. The sign on the front may have always said Harvey’s, but it was merely a brand name for a long time, as interchangeable as Winn-Dixie or Bi-Lo among others that belonged in the same stable.

But Dad stuck it out through all of the changes and restructuring and whatever else happened. His job, whatever it was at a given point in life, was him. Even if he was not scheduled to be there, he was often out at the store.

Immediately after his stroke, there was a lot of confusion for him about what had happened. Paralyzed on one side, he would ask for his work schedule for the week. Somewhere in the midst of it a well-meaning nurse told him that he was done working. I suspect he asked about his job or where his schedule was. Maybe she didn’t even realize he worked the day before his stroke and figured he was in the distant past mentally. What I do know was when I saw him that afternoon he said he heard two things he had never hoped to hear – “massive stroke” and “not going to work anymore.” Mom and I did our best after that to make sure his caregivers knew that telling him his days working were over was akin to telling him he was dead. I doubted he’d ever work again but I didn’t want him to give up on his recovery, either. And true to who he was, every time a therapist or whoever asked him, his goal was to return to work. In his own way, he was a very single-minded person.

And that’s why it was just a little sadder for me to know that the last place he worked will soon be no more. I just hope for the sake of our little town that another chain will show interest in that location and is able to lease the property.