Into every life, some rain must fall, I suppose, but having a windows 10 update stuck was a long, slow boil!

A bit over a month ago, windows 10 seemed to be updating every day, or so I thought. It took me a bit to realize that something was up. Way too many updates. That’s when I started digging into the problem and realized that Windows was telling me there was an update, downloading it, and then asking me to restart. But it was never actually updating. We were stuck in a sort of time loop. It was once I realized something was odd that I stayed at my seat for the whole, windows is updating thing and watched the screens after windows restarted to install it. That’s when I saw the last page said the update failed and it was reverting to the old version – windows 10 update stuck – aggggghhh!!!! 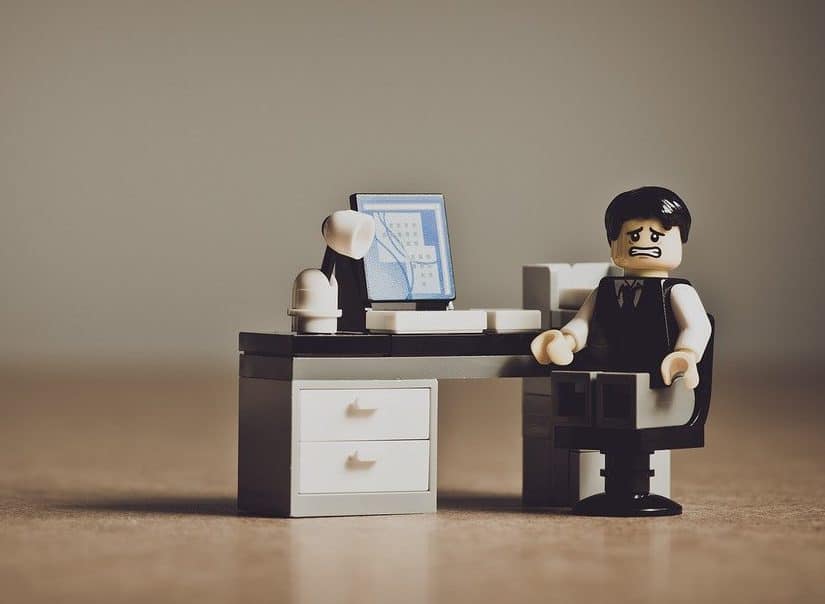 Using my Google-fu, I found a lot of possible fixes to try but none of them seemed to do anything and I was in the midst of my taxes and decided enough was enough. The only advice I found that bore fruit was to download a program that Microsoft had to skip an update and hope that the next one resolved whatever hiccup there was. So, I hid the update and waited. It was in the back of my mind every so often to try again but it was an itch I didn’t really want to scratch. Still, I guess technically I had a windows 10 update stuck for over a month!

Then last week, Windows 10 announced to me it had an update. I checked the number of the update to be sure it was truly the next one. And it was, so I let it go and hoped that maybe just maybe my I would not have another windows 10 update stuck in a perpetual loop, trying but failing to install.

For just a brief moment, there was joy in Mudville. I sat and watched the update screens after it restarted and everything seemed to work just fine… seemed is the operative word here.

Shortly after it restarted, I noticed that the windows ‘start’ button was not responding. The little hour glass would whirl around for a second and then vanish but nothing ever popped up. Really, this is a pain. I spent more than a day trying to resolve that problem. I found a litany of suggestions that failed to resolve my new problem. And as I read on it, I realized that in addition to the start menu being down, the Windows Store and Microsoft Edge, which I hardly ever use, were likewise broken. A very similar scenario where they would start to launch and then dissipate into the digital ether. I ran a program from Microsoft that was supposed to fix broken start buttons… and, it told me that a database was corrupt and couldn’t be fixed…. not one to accept such things, I tried a bit more before I finally bowed to the common sense approach.

It was an answer I had read on countless forums even when my windows 10 update was stuck… start from scratch, wipe the slate clean! I guess technically it wasn’t entirely from scratch, I asked windows 10 to reinstall but leave my files intact. Believe me, they are backed up regularly anyway, but it’s always nice not to have to copy everything back over again. It was an action I unreasonably dreaded. The idea of reinstalling all of the software I use was daunting. Although I have to give Windows 10 credit, when I booted into the freshly installed OS, there was an html document on my desktop that listed every single bit of software I had installed. And some was unquestionably not necessary anymore. Things I installed for one purpose, used them, and never needed them again. So, it was kind of a slimming exercise in the end.

And it reminded me of something I forgot that I used to do routinely and that was that I used to periodically reinstall windows just because I knew it would run faster. And although I can tell no difference in operation, I can tell a difference in boot speed. The time to boot had grown so slowly as to be imperceptible, but once I went back to a fresh install, it was night and day how quick it is.

Whatever happened is a chicken and egg question. Were there some corrupted files that dated back to my original problem or was it messed up by the windows 10 update itself? I’m not sure and I hope not to experience it again, but I’ll try to take the good with the bad and appreciate my speedy starts for the foreseeable future.  The funny thing is once upon a time I considered myself proficient in all this stuff. I mucked around editing registry entries. My OS didn’t feel like a mystery. These days, not so much!